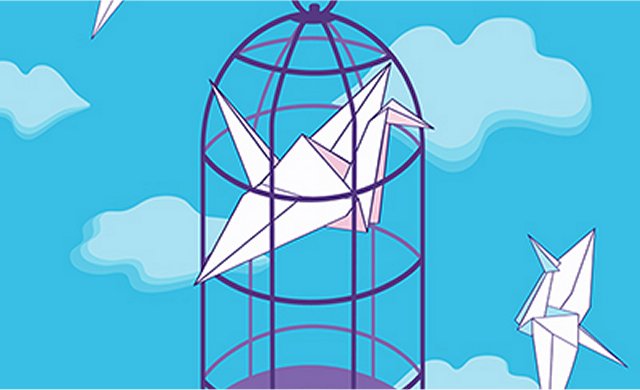 More than fifty years ago, at the age of sixteen, I began writing poetry. My first efforts were imitations of the Romantics; Shelley, Keats, Byron, my favorite, who brought order and structure into my chaotic life. School so far had been depressingly sterile, offering me little in the way of knowledge that I could not glean on my own, even less exciting was the pathetically sterile challenge of learning. So without a guide to direct my efforts, I plunged into the English Classical poets, having already read diversely in English drama and American fiction. I had memorized large chunks of Byron, Grey’s Elegy and many others who delighted me, which was consoling as I struggled to find my path. After careful reading and evaluation of my poems, I found that I appreciated the developmental process, but concluded that they were wanting in originality. I burned them ceremoniously and reassuringly, this did not launch a career of book-burning. I did not regret their destruction and never looked back and said: ‘If only I had saved them’!

I moved on to reading the American poets and devoured Eliot, Pound, Cummings, many others, who I found more timely than their English predecessors, sometimes almost as elegant, but never as beautiful. Beauty seems to be less compatible in the torment of the industrial age. Then, at the age of seventeen, I hitchhiked to California. I lived in San Francisco and discovered the Beat poets, who were just erupting in the formerly more tranquil landscapes of literature. I admired their vitality, but was turned off by their colossal naiveté. One of their loudest voices proclaimed that he saw the best minds of his generation destroyed by madness. I knew the best minds of my generation were preparing to send men to the moon. An immense and irreconcilable difference of opinion. Their movement offered me no safe harbour.

For the next few years I kept the semi-noiseless tenor of my ways, finding college almost as drab intellectually as high school, with virtually everyone focused on career. Whatever happened to the love of learning? Several slightly compatible companions helped keep me anchored, which let me endure in the wilderness of poetry. I, an emperor of impracticality, wanted to be a poet. I dreamed of tasting the immortal fire. I was ill-equipped for the academic environment, the protected haven of many poets, so I wandered aimlessly in an unknown land. One of the few benefits of my education was enough mastery of french to read the symbolist poets, then the more moderns, particularly Mallarmée and Apollonaire, from whom I rediscovered the invention of free verse. (French also allowed me in later years to translate Moliere for my theater work.) I read more and more of the younger American poets, looking for kinship. At the same time, I read the Russian, Japanese and Chinese poets, always feeling that the language barrier mandated translations, which altered the fabric of the writing. I began a search for my natural voice, an aspiration that imposed strenuous difficulties, since I was on my own and had to reinvent the wheel daily, a complicated task when working without blueprints.

The more American poets I read, the less connected I felt to their concept of poetry, however much I admired their artistic accomplishments. I saw a world aflame with constant upheavals, disasters man-made or natural, and progressively more destructive violence. Yet I found poets increasingly seeking esoteric metaphors, cherishing style above substance, placing form above content. Suddenly, all the poets were college graduates, many with advanced degrees in the field of poetry. I definitely did not belong in that company. I was the classic loner, but was sufficiently self-sustaining, or ego-driven not to seek entry into the networks of poetry. There was a corresponding classic irony. I, the consummate outsider, had been a theater director for most of my adult life. I had started in theater at the age of seventeen in San Francisco, plunging into an arts discipline that mandated group involvement! I found a curious symbiosis to the world of poetry, since I translated and directed the classics, as well as writing and directing new plays that dealt more and more with political and social issues. My poetry began to reflect the broader range of world problems, with the subject being my primary concern, not the expression thereof. This further distanced me from the practitioners of the art of poetry.

As the years went by, I found myself more concerned with the message, rather than the ‘poetic’ quality of poetry. I saw the arts begin to turn progressively inward, not in the nature of profound meditation, or seeking deeper understanding, but more in the aspect of flaunting personal agonies and confessions. This is what our culture has wrought. It satiates the consciousness with an endless stream of pictorial imagery that stupefies the visual sense and degrades the uniqueness of verbal description. So poets, increasingly shunted aside by a growing public preference for non-stop tv, turned to baring their guts in anguished revelations of childhood abuse, or indignation for their neglected feelings. This type of indulgence and I are incompatible. To me, poetry is greater than my personal sufferings. I feel there should be room in the chambers of poetry for alternatives to academic products and disclosures of angst. I have chosen my own direction and have evolved to expressing thoughts and feelings about issues. And if I may have abandoned metaphor and simile, it is not that I despise them, but I must deliver what I believe to be a necessary blunt message. In an age of increasing insecurity and danger, we must still cherish poetry. But the guardians of the gates of poetry should allow examination of the problems of the world, with direct communication, in order to extend the diminishing influence of poetry on the events of our times.

Gary Beck spent most of his life as a theater director. He has 11 published chapbooks, eight published poetry collections, and five more accepted for publication. His novels include: Extreme Change, Acts of Defiance, Flawed Connections and Call to Valor. He has published two short story collections, A Glimpse of Youth and Now I Accuse and other stories, and was a contributing poet to the Vagabondage Press poetry anthology: Love Notes. He lives in NYC, and you can find his published works at Amazon.