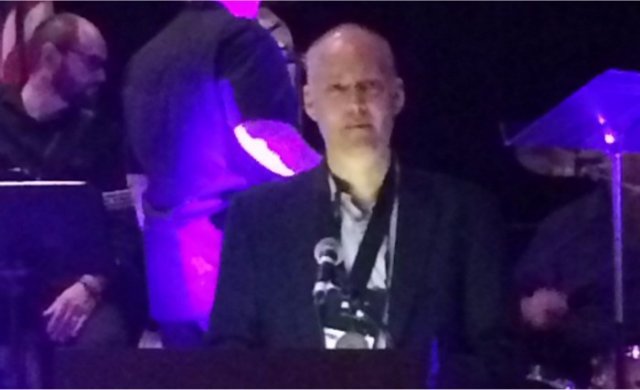 Werecat series author Andrew J. Peters received a top prize at this year’s Killer Nashville International Writers’ Conference: a Silver Falchion award – Best Adult Horror and Fantasy – for his 2016 title The City of Seven Gods.
Since 2008, the Silver Falchion awards recognize outstanding titles by authors whose work incorporates elements of mystery, thriller and suspense. Past winners include Anne Perry, F. Paul Wilson, Dean Koontz, and Sue Grafton. An ancient world-inspired epic fantasy in the tradition of Samuel K. Delaney and Guy Gavriel Kay, The City of Seven Gods is the story of a young priest and a barbarian mercenary who struggle to refashion their lives after their lives are torn apart by betrayal. For more information about the title, visit Bold Stroke Books.
Have you had a chance to check out his Readers’ Choice paranormal series Werecat: The Rearing? Werecat #1 is now permafree everywhere and an Amazon bestseller, and the e-book includes a link to download the second installment of the series for free as well.

From Kirkus Reviews: “An innovative take on the shape-shifter genre; this first offering in a gay fantasy series should garner a large following.”
You can also bundle your purchase to get all four books in the series now that the final installment The Sim Ru Prophecy is out.
From Scattered Thoughts and Rogue Words: “5 Stars! I gobbled up this book in one quick read, I couldn’t get to the next scene fast enough. So much action, so much  suspense and yes, a ton of surprises here.”
Check out all of Andy’s books on Amazon and learn more about him at his website, Andrew J. Peters Writes.