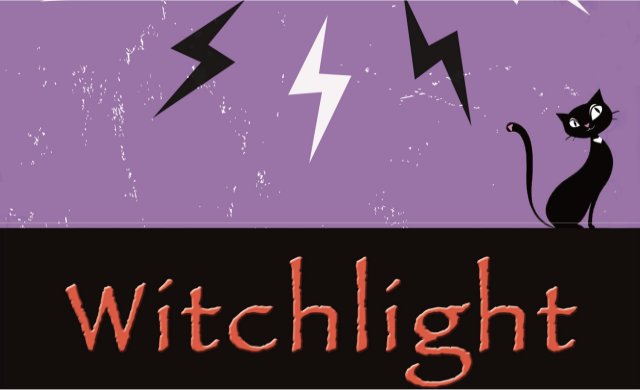 I am really pleased that this current stage of the blog tour celebrating the May launch of my paranormal novel, “Witchlight”, is being hosted by the Battered Suitcase Press blog of my publisher, Vagabondage Press.

Vagabondage are the people who, in the past, have had sufficient faith in me and my writing to publish two of my novels, first “A Darker Moon” and now, in the present, “Witchlight”. It gives me the opportunity, in the here and now, to thank them for their past trust and the mammoth and ongoing effort involved in designing, publishing and promoting a book and to say, “Thank you, guys. You rock!”

I love the way present and past so often come together, sometimes positively, sometimes not, but inevitably in an intriguing and fascinating way. Two sections of existence’s timeline, separated by months, decades or centuries, but influencing one another and combining to create and shape new events and occurrences.

Writing, whether a letter, a blog post or a novel, is a way of capturing the present and fixing it so that, however long ago something was written, it will always seem the present for someone reading it for the first time. My present thanks to Vagabondage for their past efforts will be available for you to read in your present for as long as this blog remains on line, even when this moment, as I am experiencing it, has long since faded into the past.

There is a coming together of past and present in “Witchlight”. The novel’s lead character, Holly, is content with her present at the start of the novel, but it turns out her past has been holding out on her. The birth mother she has never known, and was sanguine about not knowing, has gifted her magical witch powers. Moreover, these powers turn out to be stronger than anyone initially realised, so the secrets of the past suddenly become rather pressing in the present and the present is dramatically changed for Holly because of them.

Holly, supported by her fairy godfather, goes in search of her and her biological parents’ past. In the present, however, something is stirring: accidents start to happen, people die, Old Magic is on the hunt, but in the age-old game of cat and mouse, just who is the feline and who is the rodent?

After the initial fun and amusement of discovering her magical powers, Holly has to learn the hard way that, in a world fuelled by magic, appearances, and reality itself, can be magically deceptive and trust can be difficult, if not downright dangerous.

Before the novel ends Holly will discover the truth of her birth, find love (and struggle to keep it) and learn that a darkness begun centuries before has shaped her past and is now influencing her present.

“Witchlight” is a book set in contemporary Britain, but in a world grounded in the here and now, present and past come together in a conflagration of mystery, magic and (what else?) witchlight.

About Witchlight: Holly has been mortal all her life. Now at thirty-eight, her fairy godfather arrives to tell her she’s a witch, and suddenly she’s having to come to terms with the uncertainties of an alarmingly magic-fuelled world. Magic is not like it is in the books and films, and Holly starts to doubt whether her fairy godfather, Partridge Mayflower, is the fey, avuncular charmer he appears.

When appearances are magically deceptive, Holly cannot afford to trust those closest to her, including herself. Accidents start to happen, people die, Old Magic is on the hunt, but in the age-old game of cat and mouse, just who is the feline and who is the rodent?

About The Author: J.S.Watts is a British writer who lives and writes in the flatlands of East Anglia in the UK. Her poetry, short stories and reviews appear in a diversity of publications in Britain, Canada, Australia and the States. Her poetry collection, “Cats and Other Myths”, and subsequent multi-award nominated poetry pamphlet, “Songs of Steelyard Sue”, are published by Lapwing Publications. Her dark fiction novel, “A Darker Moon”, is published in the UK and the US by Vagabondage Press. Her second novel, “Witchlight”, is available at Amazon, B&N and other bookstores. You can find her on Facebook at http://www.facebook.com/J.S.Watts.page or on her website www.jswatts.co.uk